Events started in a bit of a disarray with the airlines misplacing some important biology items and Charlie attempting new fashion trends, 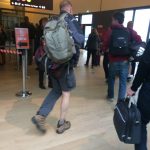 but nevertheless after collecting our things from the baggage claim we soon found the members of our group who had arrived ahead of the main party. 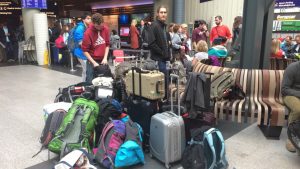 Dan was our fearless leader of the day and we organised into groups to get some errands done such as getting an emergency SIM card, going grocery shopping, and getting dry ice. At this point everyone was feeling the effects of tiredness, jet lag, and the every present brightness special to Iceland.

The day was far from over though, for our first real taste of Icelandic scenery the group went off to Þingvellir, a national shrine and home of the first parliament in existence, that lies directly next to the Almannagjá canyon which is made by the separation of the north American and European tectonic plates.
In such a short time, we have already been met by so much beauty here in the land of fire, ice, and trolls, we are all excited for what the next couple of weeks have in store for us. 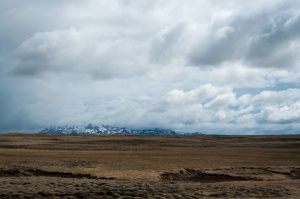 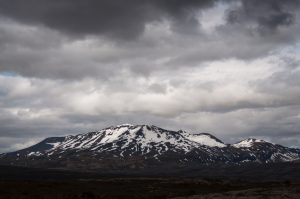 We have received, from Oxford Nanopore, the MinION. (Min-ION, not one-eyed yellow minions, get it straight.) This device promises whole-genome sequencing of microbes, viruses and archaea from soil samples we will collect at the Solheimajokull glacier. This device is extremely small and portable, and one sequencing run can be done on a laptop in 6-8 hours. One flow cell can run up to 12 samples at a time, and while the samples are being sequenced, internet access will allow simultaneous queries of a database that will determine what species were in our sample. Thus, in REAL TIME, we can identify the composition of the soil microbiome. This is a drastic improvement over prior methods, which involved sending 16s rRNA samples to a company and waiting for 2-3 weeks for results. 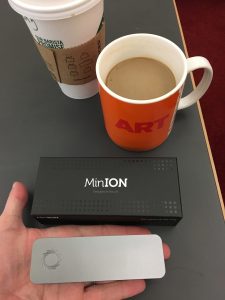 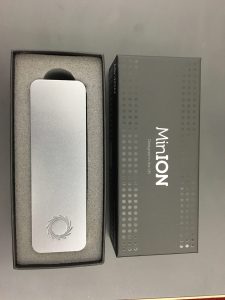 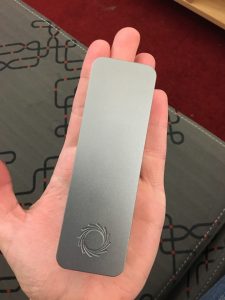 What kind of science are we doing with this device?

We will be collecting soil samples at the Solheimajokull glacier (near the town of Vik in Iceland). We want to obtain samples that have been “out of the freezer” i.e. not covered by the glacier for a specific number of years – 10, 20, 50, 75, 100, 150, 200, etc. We will compare the microbial populations present in these different soil samples and look at the type of soil and flora growing in these different locations. This will teach us how the land “recovers” once it is freed from a glacier.

This device will help us do this analysis on site and give us the data almost immediately. It’s really new, cool and exciting. We’re looking forward to learning about soil succession with the use of this device!

Until the last few weeks, I had been assuming that we would be looking at using a quadrocopter for this research. I knew this was going to involve a lot more engineering than a balloon or kite, but until looking into it a few weeks ago, I didn’t know how much more.

Essentially, all the parts must be extremely well balanced, and thus tolerances for various parts are very, very low. This drives up manufacturing costs and makes fabricating our own parts with a 3d printer/whatever extremely time consuming and in the end, not really viable. This is compounded by increased software complexity, which I know we are all OK with conceptually, but in practice is not realistic or sustainable. Once we are in Iceland, we don’t want to need to minimize maintenance and not have the most fragile setup possible.

The only benefit of a rotary wing UAV is the ability to generate lift without horizontal thrust, which is not what we require. We are doing one long continuous flight, criss-crossing a terrain. This problem is best suited to fixed-wing UAVs, which are simpler to maintain and fly, can carry greater payloads and are not as sensitive, are much, much more efficient at generating lift, and if we run out of batteries, can glide down to earth. The biggest downside to fixed wing designs is the need for horizontal thrust to generate significant lift, making horizontal takeoff/landing necessary. This is not a problem in Iceland, where we have plenty of space. This is all leading to the final point, which is that this limited lift which can be generated by a rotary wing UAV means a payload would keep our flight times below 20 minutes, making mapping outside of a small radius around us difficult. I think we could easily get up to an hour or more on a fixed wing design with a payload with the same (if not smaller) budget.

So, in summary, even though it’s way less sexy, the fixed wing aircraft is our only real option. My next course of action is contacting old friends who are either hobbyist UAV flyers or in aerospace.