Today was our first day “in the field”. We started with a short visit to the Hellisheidi geothermal power station located just outside of Reykjavik. This is the largest combined power and heat geothermal plant in Iceland and the second largest in the world, 99% of the buildings in Reykjavik are heated by district hot water loop that originates here. The tremendous amount of heat stored in the ground under Iceland makes the energy economy very different here, all forms of fossil fuel are shipped here via barge making them very expensive. On the other hand hot water is plentiful, and electricity made from it inexpensive enough that it’s cost-effective to make hydrogen (many gas stations have hydrogen pumps) and to smelt bauxite into aluminum.

After a quick lunch and some hardware/software work we left for Pingvellir national park and UNESCO World Heritage Site. Pingvellir straddles the mid-Atlantic ridge making it an easy place to take a short leap from the North American plate to the European plate and to explore an important part of Iceland’s history. Iceland has one of the world’s oldest parliaments which was begun at Pingvellir in 930 CE. The park has well maintained trails, informative signage (in Icelandic and English), and many geological and historical features. We took our ambiance platforms and split into two groups each of which recorded a separate track around the park (visualization to follow). One detail worth noting is that it costs 200 ISK to pee (about 1.60 USD) at the visitor’s center but there are nice small lavatories spread around the park which are free.

Tomorrow we head to Heimaey, the largest island in the Vestmannaeyjar archipelago off the south coast. 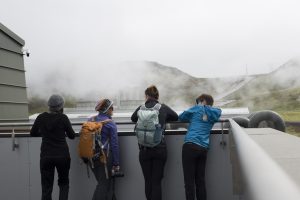 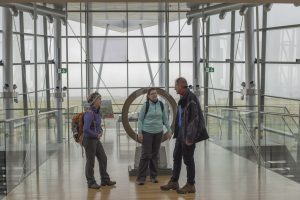 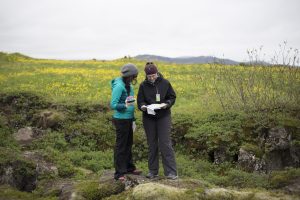 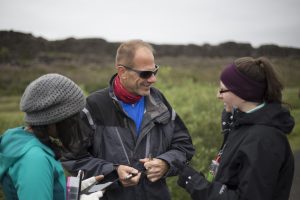 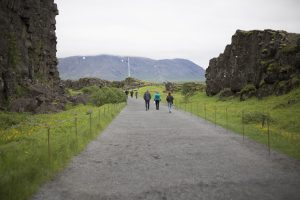 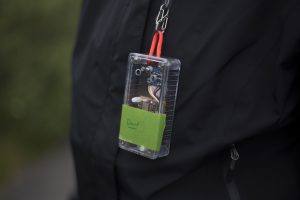