For the morning, the group of students walked to the Eldheimar museum and learned about the volcano eruption in Heimaey in 1973. It is a very cool museum where we walked around with audio guides that sense our location and play the corresponding audio. It is built around an excavation site after the eruption. We were able to see the ruin of a house, the model of the path of the lava flow which almost closed the port of the island, learn about what people were doing during the time and a newly created island by lava, Surtsey. 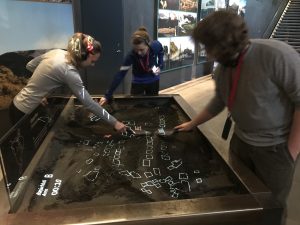 In the afternoon, we split up into two groups. One group hiked the Helgafell and the other hiked Eldfell. I hiked Helgafell. It was really fun with loose rocks and steep slopes. Despite being forecasted to be around 0 Celsius and windy, it was so warm and we had to shed layers during our hike. Our little science exercise for the hikes was to measure the pressure at sea level and at the top of each mountain that we hiked, and compare the margin of errors between devices and with the elevation marked (the accurate standard). Tomorrow, we will hike the other mountain and do the same thing. 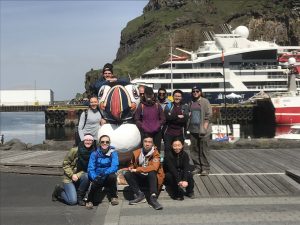 A group photo with the puffin before we split. 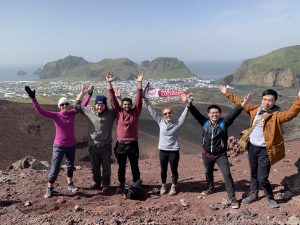 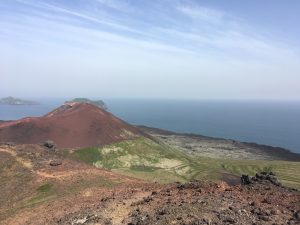 The view from Helgafell. If we look towards Eldfell, we can distinguish the new land that was created by the lava. 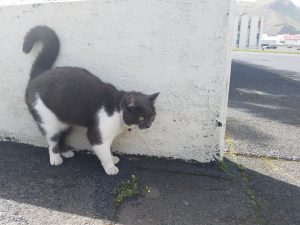 Cat of the Day! We met this cute little cat on our way back from Helgafell. 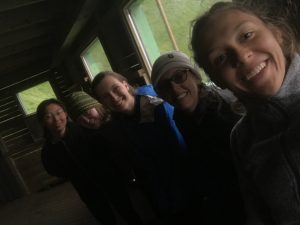 After dinner at Gott (a very nice restaurant), we (people shown in the picture above) biked to the south side of the island to see puffins. It was a rough bike ride! But it was worth it. Sheep and horses also became our friends for the ride. 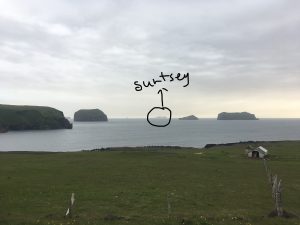 Since we were on the south of the island, we hypothesized this was Surtsey.